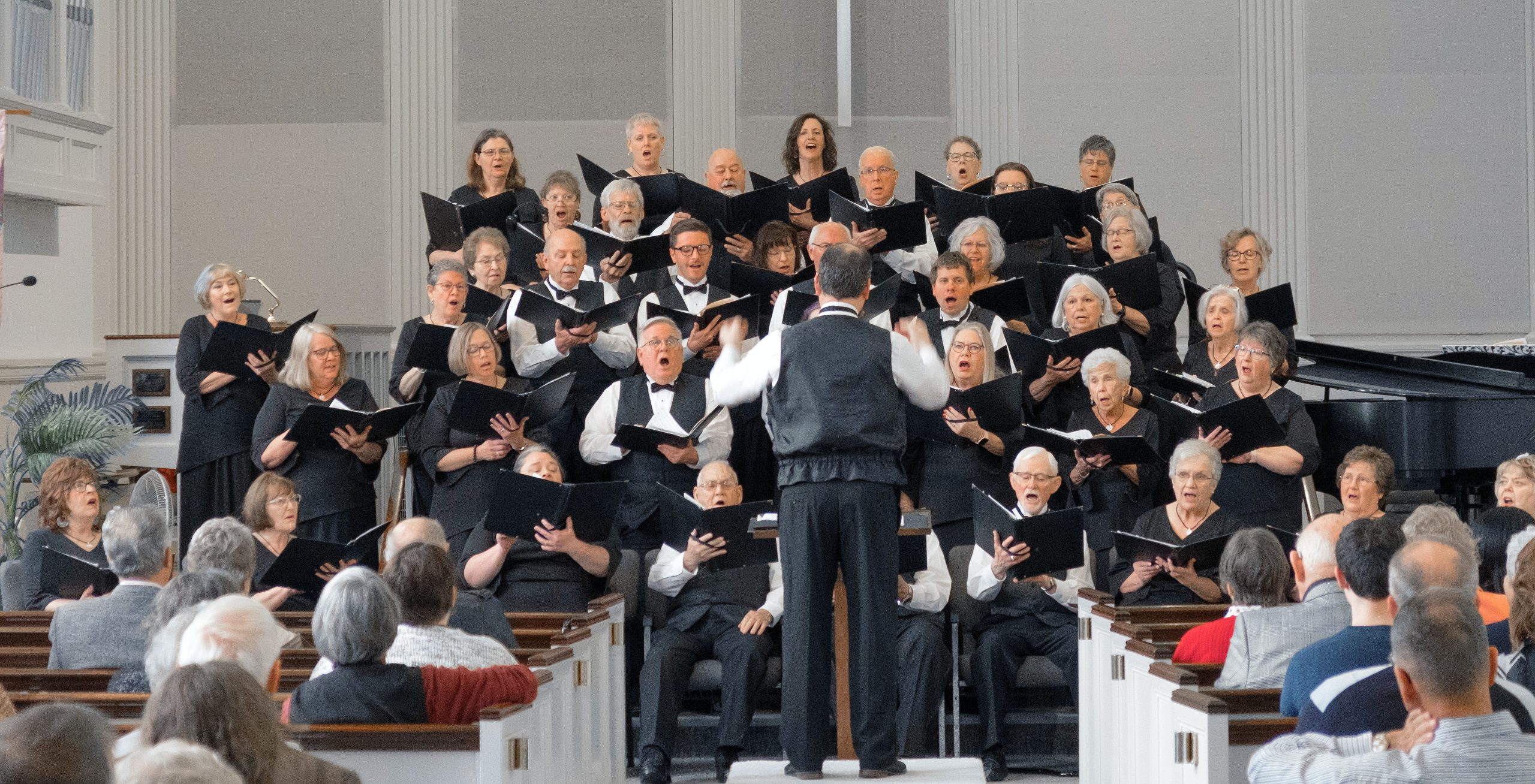 The Metropolitan Choir of Praise has begun our 2022-23 season with eager anticipation as we celebrate our 60th anniversary praising God in music. Director Adam Wurst has assembled a delightfully varied program that includes wonderful arrangements of traditional sacred songs as well as contemporary tunes. Our fall concert was to have been presented at Plymouth Heights CRC in Grand Rapids, Michigan on November 18, 2022 but the concert was canceled due to an early winter storm.

We thank our Ministry Partners for their financial support of this choral music ministry!

The Metropolitan Choir of Praise was organized in October, 1963, by Mr. Peter Vanden Bosch who envisioned a choir in the West Michigan area similar to the Mormon Tabernacle Choir in Salt Lake City, Utah. Approximately 115 interested singers attended its first Saturday night rehearsal in the Bates Street Christian Reformed Church in Grand Rapids, Michigan. Drawn from many vocations and professions and from various churches throughout the West Michigan area, we are committed to praising God together and greatly enjoy singing and sharing our ministry of music, featuring spirituals and classical, traditional, and contemporary styles. The choir has been blessed in bringing its musical ministry not only to Grand Rapids and the West Michigan area, but also to a number of states, near and far, -- Wisconsin, Illinois, Indiana, Ohio, New Jersey, Washington D.C., California and Washington. The Choir has also travelled to Ontario, Canada and has conducted two concert tours to the Netherlands.

In celebration of its 35th concert year, the Choir travelled to Eastern Europe where concerts were given in Hungary, Romania, and the Ukraine to many people just being freed from Soviet Communist rule. This concert tour made a lasting impression on the choir and will forever live as one of the highlights in our history.

Throughout its history the choir has performed at a number of venues including numerous churches, Meijer Gardens, convalescent homes, Grand Rapids Civic Auditorium, Mel Trotter mission, Pacific Gardens Mission(Chicago), Prince Conference Center (Calvin College), etc. Some of these performances were given to raise funds for missions and benefits such as Love, Inc.

Our Members… Past and Present